Dave Adhi Dave Lord Shiva is the great God among of God-Tridave, (Tri-Trimurti). He is the God of the Peace in Shristi in Hinduism.
Lord Shiva appeared during meditation many time in my life. Once they appeared at 9am on 16-1-95, and I realized Him in meditation.Next they come to me at night when I was laying down on my Bed in the position of maditation (Dhyan-Yoga) and Lord Shiva appeared with There Body - Gard. First of all, His body Gard like Nar-Kankal ext come to me in meditation then Lord Shiva personly appeared and inspectioned to me very well and disappeared. Once Lord Shiva appeared in Attal-Park Karnak and they seated with me on Padam Assan and stay with me and maditate with me for some time and after then disappeared. I observe it only in meditation (Dhyan-Yoga).
Das Anudas Rohtas 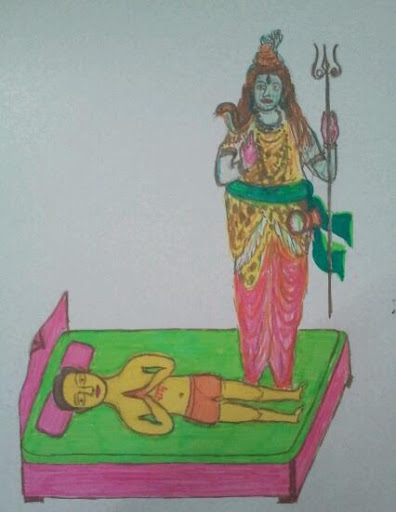