* CREATION OF THE SHRISTI *

* Geometrically Systematic And
Automatic Shristi Chakra *
-----------------
The Creation of this beautiful Shristi is complitally Divine, Original, Scientific, Computerise, automatically and systematically, wonderful creation. Das wants to explain geometrically, about creation of  the shristi with the help of this beautiful image. This divine image drawing by Das Anuds first of all in his Spiritual life in1988. All Shristies are systematcally originated one by one and look very beautiful it may be greater or suksham.

Origion Of The Shristi
--------------------------
After millions of years of Mahaparlaya there appeared automatically great Squally air and Sonami flow rounding here and there very speedily in the open Universe.  It became the reason of great Black Hole (Bhanwar) and then there was a great Blast in deep of the  this Black Hole. Suddenly there appeared automatically a great white light and run out quickly from the Hole. After some time it convert and settaled as in a Glaxy's Form, which became the cause of automatic origin of the Shristi. It is a True realization during meditation in internal divine universe at 7-00pm on 10-8-2013. Perheps it may be heppened similarly again and again after Yuge,Yuganter, after millions of year in universe. 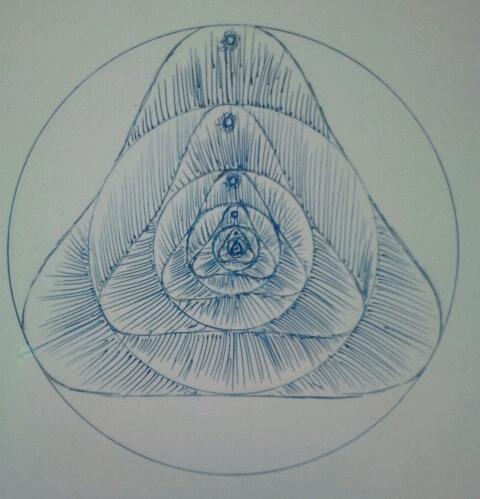 Posted by Avtari Purush Rohtas at 5:30 AM No comments: