What is the difference between incarnation and appearience of God 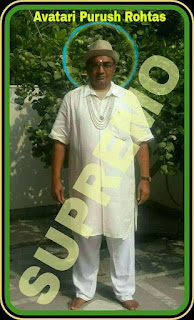 Shriman G Persann is very fine. Here are two things to look for in both meanings are differents.

1. The manifestation of God: - 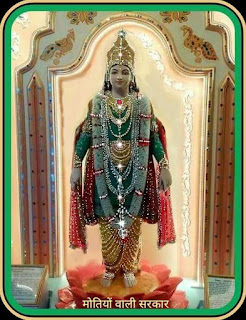 The first thing is that the Superior Supreme Soul God is the God, in the true people, on the basis of their Divine Soul, as the astrologer, is steadfastly known. This divine supreme power never embodies, but only the divine form is embodied in the universe and Mahapalalaya Up until then, they are descended in every epoch. At the time of creation, God prepares one of His own divine powers and divine qualities, just like Similarly to Him, and giving ownership of creation to Adhi-God, who is Lord Supreme Soul, "The Formated God" Creates compositions which possess the powers of the three divine powers.
* Generator, Operator, Destroyer *
Those who are known in Hinduism as Tirimurati-God, Lord Bharma, Lord Vishnu, Lord Mahesh, Jodi Tridev, Trigun-maya-Dhari Bhagwan. In short, everyone knows, in which the main-power Lord Vishnu has been considered. This same God is completely reconciling all his divine qualities and divine powers in His own right, due to his exquisite intentions, doing his utmost kindness before his ultimate bhagti, sometimes after the age-time, in this beautiful creation, his divine, etc. Shakti forms appear formless in body from Divine Beauty, beautiful, "Mohini Roop". And to see your ultimate bhaktat, do karnatra, and get meditation.
In every era, God is praised by the exquisite pleasure of his present-day ultimate affectionate person, and in order to make his confidant, in this beautiful creation, he appears in his beautiful, grand, divine, fascination, reality, "Manusha Roop-Narayani Roop" . Dharmavatara in Satyuga appeared here on the occasion of Shri Raja Harishchandra ji and the king sacrificed his kingdom and sacrificed all pleasures. In Treta Era appeared before Kaushalya Mata Ji and Prasottam Avatar appeared before Shri Ram ji and Ram ji also sacrificed the rajdharma and spent all his life as a living person. In the medicines, in the era, Vasudev ji and Devaki ji appeared before and the supreme incarnation lord Krishna became a confidant and spent all the lives in the forests and in the affection of the beasts and later became king, and also sacrificed the religion. And now in the present era of Kaliyuga, God has appeared in the above mentioned great Divine Powers very beautiful divine Narayani form which is depicted in the image above in 1996.

Now, we want to explain briefly about God's incarnation here, it is God's Superior Supreme Soul, "Supreme God" and when Lord become incarnate, then God Himself create one of His Divine Form, namely The Formated God composition spawn and that Aadhi Bhagavan then created His divine Triguni Maya known composed spawn name of Brahma Vishnu Mahesh God in Hinduijm. These both powers appear absolutely " Divine-Dot " in internal divine universe Vit is the Divine Ring as an External divine Power that, known as a Adisthan. We can only realize both these divine power. When a creature is multiplied, at the right time God is the ultimate element in place of this free body instead of element which is due to Adhi-God and the well-being body, which is also God's Divine Spirit,

Special :----- - Its the matter of self realization after the kindness and blessing by God, in inner divine universe with divine Eyes being introverted and not to show others. 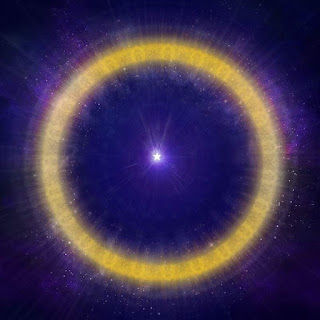 Now the divine power of God, The Formated God, embodies the embodiment. There is also a difference in this divine Kirya. According to Divinity, our bodies are also of two types, 1 Divine causal body, 2  Divine body is the body of Natural Virtuous bodies as Jiwatma, so in this way the incarnated body is a divine cause of physical body through with second divine body which happens through the bondage of natural properties. When the soul is engrossed with mail, it is the incarnation of the Divine Spirit, Incarnation of God says it happens when God created the universe in the universe Interpretation would then God knoweth that he send the creature to be born in a Sanskari Family so the world body, which is favorable, From the childhood to the time of embodiment of the incarnation, all the divine yoga transforms the adjacent verbs by multiplying the soul by multiplying by its own self. When it is multiplied, in this state the self element is free from the bondage of natural qualities. And it is possible to get yoga from the unrealized ultimate soul and in such a way, the supreme soul Lord can also be descended and the pride of being called an avatarari man is attained. Be careful ... 1 ... In such a state, it may be a disaster even if you are misguided; 2 ... God gives life-giving gift to the free creatures by giving Divinity and giving life to the creature, the divine person or the factor man-made in all the world, or by giving salvation, by providing re-life,
Thanking You
Universal Truth
Das Anudas Rohtas

Posted by Avtari Purush Rohtas at 4:33 AM