------------------
* Avatar *
-----------
Mystery of the incarnation of God,s Power when Starting from the origin of this creation remains. In every age God's ultimate power, in Hinduism this scared time on the Holy-Earth as twelve different species. Mangrove,Mttshy is holding snake incarnate in human forms etc. Raja Harish Chander living embodiments of righteousness king of the Golden age, in Tretya "Parshotam's" incarnation of Shri Rama, Shri Krishna live in Dwapar ultimate power of God's incarnation and now in modern times as Mahaavatara is assumed that the human body called incarnated men see it is a common man. They have a divine power and only Divya Purush or other avatari Purush can observed Him being an introvert. Avatari Purush's life is incarnated in every era has had a big torchable warning, but every thing incarnated men suffer any purposes fulfilled his divine mission tends to be central to keeping your eye, and God is achieved.

* Difference Between Incarnated and Common Man *

Creation even the physical body male and incarnated male, there is no particular difference in composition, now'll know what is avatar wing. Creation of a conditional composition, Gravity-Power according to which on based (Aadhar) :-
Air side of the Air element
Earth elements on Earth,
Water elements to water,
Fire elements to fire, and
Sky impresses sky elements, are similarly self soul element, but it is impressed toward ultimate self element, "Supreme Soul". Impression of Kirya-Yoga with the other elements
Is restricted to one another scared's.

Example :-
is water get air?
into water to meet fire?
is sky to meet of Earth?
Fire or air?
There for the same way as it does not match the five elements of Nature and the natural qualities of self element, "supreme soul" matches disorders not only a bond of is the Natural qualities, of disorders of the self-fastening elements(Virtuousless body) is called the individual soul, in the spiritual world.

As all we know that after heppened in universe there appeared supreme Tatav divinaly and automatically, there also appeared supreme divine power as "Ring" a safety-covatch,"Swyenv armor of it has been mentioned in the enlysis. Now the self-sustained physical efforts by yoga, Pranayama, Meditation yoga by sef-confidence and longest prectice continuously, being stable of mind, (Sathir-Pragya) and virtuousless of the individual soul, the ultimate reality is the sum of the elements.

When the individual soul become virtuousless( Gunatita ) is free creature then it requires special care because here Life can be free for moment. But God is very kindful, they blessed to his devotee a good honourable live. HERE, too, a special Parmatama heppened nothing and that the Father, The Almighty God had not revealed them selves, so the Holy Spirit all the divine qualities of their own right and divine powers including its consistent, Formatted God's creation, that form Adhideva (adhisthan) is a selfstial body even these elements + gravity power, Trigundhari -Ring, then formatted supreme soul "God" and the divine attributes are revealed in every age and time. The formatted is the same Holy Spirit descented on until Mahaparlya and holds avatar.

Whenever as, water of a river meet into the sea, river's water left behind its right and ownership and attains the all qualities of sea in it, similarlly when a physical body become virtuousless "gunatita" and yog ( + ) with God's supreme soul then he obtained all divine qualities, divine powers of the supreme soul in him,is called incarnation of the divine powers as "avatari Purush".

Complete any creature in the world at any time being Gunateet Cynthia at any sum upon divine powers to Susyrhit Status, reserves the right to salvation (Mox). Because the ultimate power, ultimate self-elements, "Nirakara". Yoga is said to be the only solvation depends only on the Lord's desire.( here I would like to say a special thing to note creeping after surrender to be caucious God," Tatav ". Now soul is going to be virtuousless and now soul become free for moment so it may be free forever, and it may be sorrowful.) But God is very kindful and careful for blessing to His devotee. And a true devotee obtained all divine qualities automatically, dew to systematiculy and divinaly yoga kirya. Like this any Form of creature of the ultimate male becoming gunatita, get all the properties of the incarnated, man has the right to be called an avatar's. The sum of the Holy Spirit is the spirit and sukshum of celestial bodies but the physical body is what fuels this only seems to be an ordinary man. Only the great men being an introvert can success to observe the divine incarnated soul and they can enjoy to see others in this world, do occur.

* Avatari Purush *
------------------------
Self-made elements Gunatita Srishti since salvation is up to date on what any one else" Trimurti " Brhama, Vishnu and Mahesha, who incarnated God-Godess and men in every age, and he also has great souls salvation found. The altimate attain divinity and partial elements are all Moxpadh are safe till Mahaparlaya. Yes, Moxpadh aquires the right to the ultimate elements because the Tatav is a part of supreme "Tatav" and Tatav is immortal, and having salvation either critically or Vishav causes of the Holocaust and the distruction of the Holocaust as the ultimate reality of the Supreme Soul salvation of Mahaparlaya, when it falls. Such worlds are either in heaven and heaven of divine happiness etc, have already suffered again Parampita- Permatma, get your great observation, namely that the sacred earth elements ownership of a public offering or the dead man as one incarnated auspicious Karm in order to be honoured again to God the task farther, establishing the peace in the world and my ultimate favorite, for the welfaire of the world purpose of this beautiful Srishti-Sanjivan provide salvation and Sathul Saturated instead of leaving high position such great souls dried up Mahaparlaya, at the end of Srishti and suffer status, is the site of salvation. "Srishti regulating the composition, remember that the Lord your God to not mistake and creature sitting understand observes to God, to our God divine center Mahaparlaya Bind undissoluby and the permanent," Dot " Located in order to enlightments the Sirshti, and the incarnation time. Power in the world would only have revealed their format.

The God, " Tatav " has become incarnated and appeared in a very beautiful, attrective and charming Divine Sakar Mohni Form(Divine-Roop) " MANUSHAM-ROOPAM " in the wonderful World in the modern-age, Kal-Yuge in India and after staying some time and blessing with peaceful eyes disappeared. Its my my personal realization. 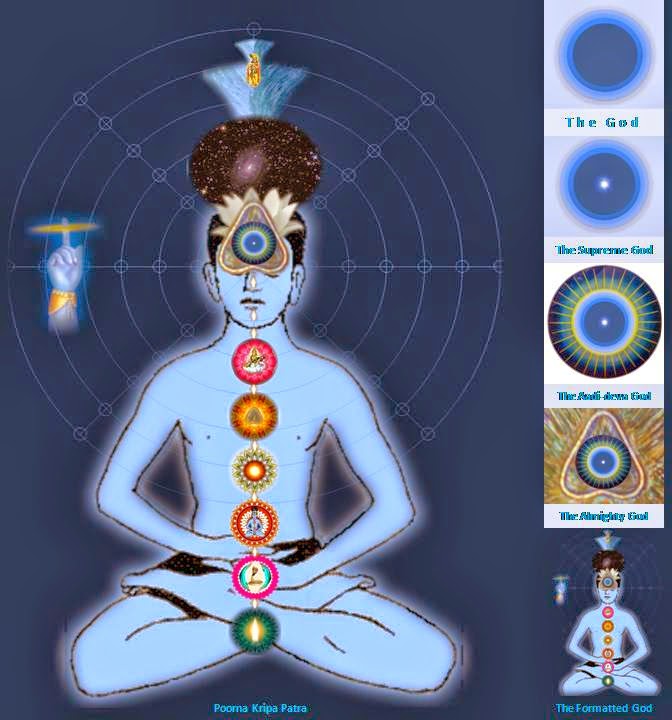