Colourful Gravity Rays And Cosmic waves Are Coming On Earth


Gravity Colourful Rays are coming on Earth
------------------------
We observe many time Colourful gravity rays and cosmic waves on Earth in my life coming from universe to Earth in many kind as colourful Dot, Colourful Vortical Lines Rings extra in my bedroom at Night in meditation realization, which we going to show with the help of this image giving below:- 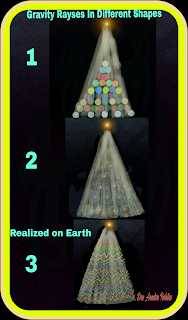 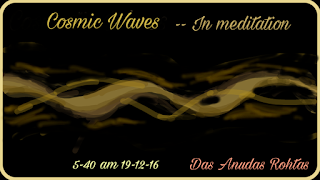 Very Strsnge vertical GAWAIN waves in internal divine universe at first time in our divine life very critically effected the Planets,  we try to show in image giving below at 3-30 am ,on 17-9-17 ! 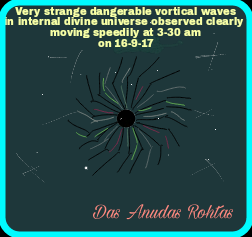