"Latest Global Warming realization"
--------------------------
We observe a Galaxy circulating Anticlockwise very speedily in internal divine universe during standing meditation very clearly at 8-40 am on 31-8-2016 in Morning. Some planets were shining while one big- planet was stable which we try to show with the help of Image-(1).
Then suddenly at once Galaxy convert his side and started moving very speedily in Clockwise. Same big planet was stable and another one come speedily from out side and moved into the centre of Galaxy. We divinely observed the galaxy in Internal Divine Universe  in meditation, blessing by God which, we try to show in image-( 2 ).
* JAI SHREE RAM * 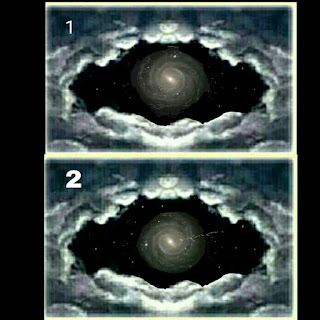 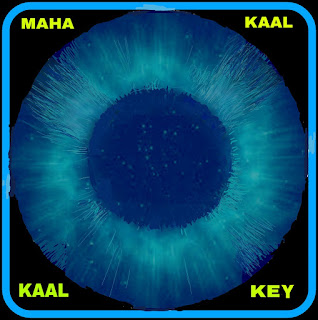