A WONDERFUL GLORIOUS CREATION AND DESTRUCTION OF THE SHRISTI

" End Of The World Is Comming,      Speedily Near To Us. A wonderful realization in deep meditation. "

GOD is the Result of Search & Realization, of the Divine Supreme Power, Supreme Tatav, Supreme Soul, Who is the Automatically Systemeticully divinely and Glorious creation, dew to a Powerful Blast after millions of years, in the midst of "Galaxy-Hole", appeared through all kinds of Divine and Natural elements in Universe, like a Suksham DOT, BINDH, like a Brillient Diamond in internal divine universe.

" End of the world is coming very speedily to US. Dew to A divine realization in deep meditation in internal divine Universe. "

" What a wonderful creation created by The Almighty God of this beautiful Shristi. Aadhi-Madhaya-& Anant, all three stages depend upon this UNIVERSAL-HOLE, which is realized in meditation in internal divine universe".

Biggining of the world, Base of the Shristi and End of the World is same, incidentally, thiorically and motionly showing in images below.

What a Wonderful Creation of the Shristi and may be Distruction of the Shristi both go to happened incidentally in same reaction, after blasting in a Galaxy-Hole like in the image giving below, in a divine realization in meditation.
Universal Truth 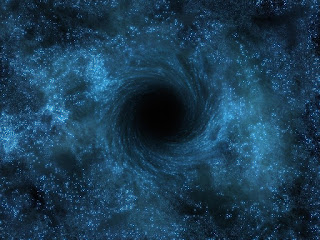 Das Anudas Rohtas
Posted by Avtari Purush Rohtas at 1:41 AM