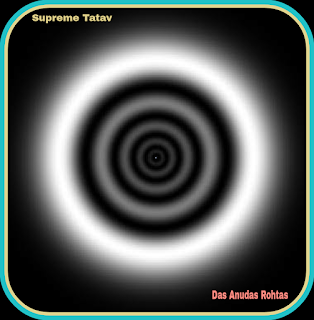 PARAM RAS LEELA OF TATAV
THE ALMIGHTY GOD
In fact there are so many kinds of TATAV, like Divine and ordinory in this Extreme Universe, “ Aseem- Akhand- Barhamand ”, but it is very difficult to explain about these millions of Tatavs, yet, we are going to explain some my personal Divine realization about the existence  of Tatav and some point / facts.
In this unlimited Aseem- akhand-Barhamand whether it may be External or Internal Divine Universe when we see it from our physical eyes or divine eyes of mind and knowledge, Existence of TATAV partied is every where and always in this Universe. According to my  experience, this universe has many type of Tatavs and elements like as Powers,  Gases, Energies,  Planets, Galaxies and Ozone ect;  Motions and activities of each Ozone is different. Speed of Gglaxcies are also different. The Ozone of this extreme Universe seems as it may be made up of Silver colour like a Net, which is made up of Christle - metal.  In this Extreme- universe, Elements are systematically placed with special divine powers, automatically.
There are so many TATAVS / elements in this universe. These Tatavs  alwayes exists in this universe ( it may be external or internal ) in silent state, Even after “ MAHA-PARLAYA “  and before the “ MAHA-PARLAYA”. In after a long period of time,(more than Crore years ) when Here is some disturbance in this Universe then dew to collision of these Tatvas  / Atoms, a large blast occures. Then some atoms get destroyed, and other get change into Plants Up-Garehes,  like Sun, Earth, Moon etc. Many type of Energies, Chemicals, Gases, Galaxies, Ozones, Pyramids, Air, Water, Fire etc. Natural –substances get originated by them- selves, automatically. And in this way Shristi gets originated and appeared automatically in the Universe.
In this extreme Universe” Aseem-Akhand-Brahamand ”, which can observe with the help of our physical eyes or internal divine eyes, as long as we can see from our yoga and meditation,  the power of TATAV and Existence of TATAV is there, in external and internal universe. PARAM TATAV has some special divine Qualities, but spiritually, TATAV means here, ” CHETTAN-TATAV, SUPREME- SOUL,  PARAM – SOUL”. Tatav has a special divine quality of VIVEKA in Him, which appeares  and originate at the same time of Tatav, automatically in this wonderful  universe. TATAV  appeared like a Sukhsam- Bindh, as a Dot as a center- Point of all source of powers,which is completally divine, wonderful and automatically appearience in this beautiful  Shristi. So it is called the Glorious  Original  Divinity,” GOD” .
There are some Divine- Anshik - Tatavs in Internal Divine Universe, PARAM-DHAM,  you can say it spiritually ,”PARAM-LOAK”. These Anshik - Tatavs are also compelitally divine but they have no special divine Viveka  powers a Divine power of Ring, which appeared with the time of there appearience as  a safety- cowach  automatically.  Tatav is Immortal and lieve for ever in the shristi till it Mahaparlaya. All these divine Tatas are AJAR and AMAR. BUT only Param Tatav, Param Soul, is the Owner of this special divine power, THE POWER OF RING,” VIVEKA “. 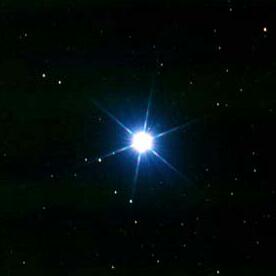 Posted by Avtari Purush Rohtas at 12:54 AM